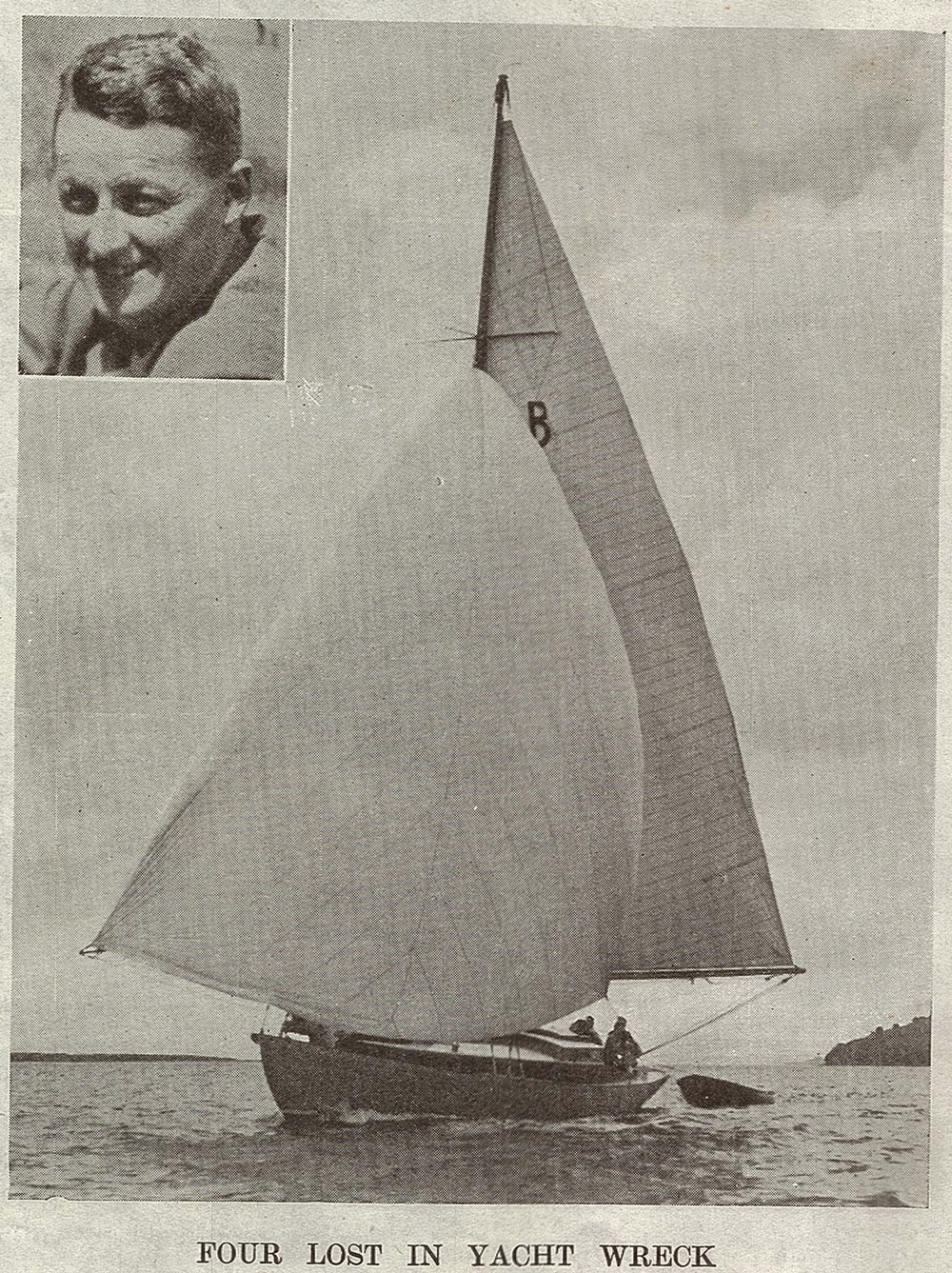 The B class keeler Ngahuia was launched from the Auckland yards of Lidgard & Sons in 1939, for Tauranga based garage proprieter Frank Gresham. Gresham sailed her to Tauranga to complete her interior. In December 1939, Ngahuia participated in the Auckland to Tauranga race coming in second to the yacht Ngahau. She was 38ft long, with a beam of 10ft 3in, and a draught of 5ft 6in.

In the race to Tauranga the starters were Ranger, Restless, Ngahau and Ngahuia, a Tauranga yacht of a very handy size and good lines, which made a strong bid for the cup and at one part of the journey looked like winning it. Off Karewha Island she carried away her spinnaker boom. The veteran, Ngahau, 50 years old this month, made a great race of it against Messrs. Tercel brothers' hanger, built only 50 weeks ago, and from the seven-hour mark Ngahau won with just 45s to spare from Ngahuia.

On January 12, Gresham and four others sailed from Tauranga to White Island in the Bay of Plenty the journey there and back to Tauranga had been without any incident. On the 13th they had again left Tauranga for White Island in what had been good sailing weather. On the return journey she hit rough weather. On the evening of January 13, Ngahuia ran into a storm with heavy seas. Gresham decided to try to head for Motiti Island to find shelter. The winds however had reached gale force, which prevented the vessel from reaching the island. An attempt was then made to go on to Mt Maunganui, but the force of the gale continued to frustrate any efforts to reach that location. The men on board Ngahuia had also tried to spot the seaward beacon on the Mount, but failed to do so and headed back out to sea once more in a fierce rain storm.

At 3 a.m., on the morning of January 14, Ngahuia ran aground on the shore of Matakana Island, 2 miles north of Mount Maunganui. Gresham the only survivor out of a crew of five had stated that 50 yards of boiling surf had lain between the crew and the safety of the nearby shoreline. Gresham had handed the four other members of his crew kapok mattresses, to use as floats after abandoning the vessel in the breakers.

Gresham had managed to swim to shore and then alert a nearby local resident who had sent for help. Search parties were sent out to find the four missing crew, but only the kapok mattresses they had used to keep afloat in the water were later found washed up on the beach.

150 men were engaged in the search for the bodies of the four missing men. Matakana Island was thoroughly searched, but the crew were not found. Wreckage from the Ngahuia had started to come ashore;  half of the vessel being found 8 miles north of where she had wrecked, with no sign of the bodies the searchers had hoped to find. On January 21, 1940 the bodies of  two of the crew members  Leslie M. Mellars and Roy Tonkin were found on the shore of Matakana Island. On January 26, the body of  John Herbert Willcock was also found on the beach. The body of Philip Herbert Neilson was never recovered.

At the subsequent enquiry Gresham gave a detailed account of the events leading up to the tragic loss of four lives:

Frank Gordon Gresham, owner of the Ngahuia, slated that on their return trip from White Island they encountered bad weather, with poor visibility. About 11.30 p.m. he called Willcock on deck and they endeavoured to see the outline of the Mount or the North Rock light, but were unsuccessful. The boat, was handling splendidly, with no green water coming aboard.

At two o'clock they lowered, anchor with a 30 fathoms warp as a precaution. At 3.15 a.m. the yacht was knocked down by three successive curlers, but no damage was done. The next broke the mast. The hatches were torn off, the dinghy washed away and a hole made in the cabin top. The yacht evidently hit bottom.

Left, on Mattresses. The crew decided to leave the boat on kapok mattresses. Tonkin was first away, then Willcock. The remaining three stayed aboard until the yacht sank, then left the yacht together. Witness lost his mattress but managed to make shore after about half an hour. He noticed that all the mattresses were ashore and thought the crew safe. The Ngahuia was a triple-skinned yacht, perfectly seaworthy. Trouble started when they were unable to see the North Light. Had the light been half-way up the Mount to give a landfall, they would have been in no trouble. All the crew were yachts men and could swim. 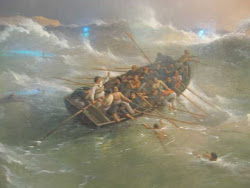 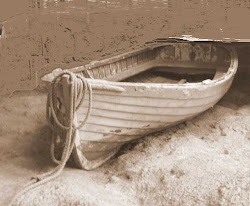 Liz
Liz is a writer, keen artist with a passion for the history and stories of Northland and stories of New Zealand. She lives on a 10 acre lifestyle with her family and a host of animals.